God’s creation unfolds in steps, beginning with the first verse of Genesis 1. Out of nothing, something. The heavens serve as the foundation of the earth, which at this stage is a primitive planet, like a ball of clay in a master potter’s hands. Verse 2 describes the earth from the perspective of someone (the Holy Spirit) present on the surface; it is dark, formless, covered with water, and void of life. It is black as a night without moon or starlight due to a thick layer of clouds cloaking the entire earth (Job 38:8–9) and blocking out all light from the heavens above (Jeremiah 4:23). In Genesis 1:2, the Holy Spirit hovers over the waters. Some commentators, based on the Hebrew of this verse, picture the Spirit hovering over his infant earth like an eagle hovers over her chicks in the nest with utmost care.

As the creation narrative continues (Genesis 1:3–27), the passage describes God exercising great love and care to transform this primitive planet day by day into a beautiful home—one suitable for humans made in his image to dwell in, and where he would fulfill his plan for each and every one of us. When God was finished with his creation, he concluded that it was very good. And the angels in attendance at this grand theater shouted with joy (Job 38:7).

The record of nature revealed by science is in remarkable agreement with the Genesis creation account. Geological studies of stones and sediments confirm that the early earth was a dark, cloud-covered, formless waterworld devoid of animal life. Studies of stones, bones, and other fossils further show that the order of events in the history of the earth matches the Genesis account (dark waterworld→continents→plants→clearing of the skies→marine life→land animals→humans).2 And finally, science has discovered that the universe and earth are so fine-tuned to support complex life on earth that, apart from God’s intervention, the probability of finding another planet like ours in the heavens is near zero (see www.reasons.org/finetuning).

A Home for Now

It appears that earth is indeed a unique part of God’s sacred space. He crafted this home for us, and we should therefore appreciate the care that went into it and endeavor to be good stewards of all of his creation.

If the angels shouted with joy upon witnessing the Creator’s work, we have even more reason to do so because this creation was made for us and is our home. As a scientist, I feel this joy whenever I learn about and reflect on a new scientific discovery that reveals another wonder of God’s creation. I hope you do too. It’s like having a front row seat in the “grand theater of divine revelation.”

But this is not the end of the creation story. In John 14:2, Jesus tells us, “My Father’s house has many rooms; if that were not so, would I have told you that I am going there to prepare a place for you?” Revelation 21:1 gives us a glimpse of what to expect: “Then I saw ‘a new heaven and a new earth,’ for the first heaven and the first earth had passed away.” The new place will be our eternal home with unimaginable features and, best of all, God’s eternal presence with all who have received Jesus as their Lord and Savior. It will be an even greater sacred space! 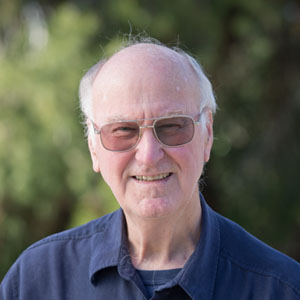 Why Is It So Hard to Eat Healthy?

One of the many ways that modern civilization reflects a Christian worldview of the nature of humanity—creation, fall, redemption—is in the kinds of food we eat. With food accessibility being a nonissue for most people, we might expect most of us to be making wise food choices, correct? Well, not exactly, and this is how a biblical view of humanity helps.

With eight grandchildren and counting (number nine will be born toward the end of February), I have become reacquainted with children’s stories. Some of the stories my grandchildren want to hear are new, but many of them are classics. It is fun to see my grandchildren experiencing the same stories and characters I enjoyed as a little kid.