When people ask me how I became a follower of Christ, I am always struck with a sudden mixture of ecstasy and caution. My story of coming to faith in Christ involves elements that are not easy to explain to an audience that may not believe in the supernatural. I love relating it, but I try not to give an initial impression of being esoteric and not describing the full picture.

I grew up in a nominal Catholic family and was familiar with the rituals and traditions of the church. However, my family was discouraged from reading the Bible on our own. We were taught that we needed the guidance of a priest so that we could understand it correctly. I had tried to read some passages on my own, but they seemed dry and largely unintelligible.

During my college years at the University of Arizona I acquired a passion for science. I had started as an engineer, but my exposure to initial courses in physics and chemistry turned my interests towards medicine. The explanatory power of science was mesmerizing, and I quickly became a disciple.

My interest in spiritual things had waned, but then I took a humanities class in which the Bible was part of the world literature curriculum and I was required to read some passages. At the same time, my mother had started attending a Bible study group led by a man who had little formal education, but clear thinking. I chatted with him a few times and posed some hard questions on the Bible. He gave me coherent answers and I was intrigued.

But the pull of the world was strong. After a series of events in pursuit of my own interests and desires, I ended up literally lifting my fist at God and telling him that if he existed, that he should not bother with me. I wanted all traces of him out of my life. I told him to stay away. Shortly thereafter I fell into a severe depression, to the point of thinking seriously about suicide. I had lost all purpose in life. There was nothing to look forward to.

On December 24, 1989, my mother dragged me to her church. Even though it was Christmas Eve, I cannot remember what the preacher talked about. I was not interested. Yet, he said something at the end that drew my attention, “If you have lost everything in this life, what can you lose by giving Jesus Christ a chance?” So I did. I prayed a short prayer and was taken to a room where they told me that I had made the biggest decision of my life. Not much changed. I went back home and the depression lingered and even worsened.

In my room three days later, I was flipping through the pages of a book that someone had handed me. I was not really interested in reading it, but on one page there was a verse from the Bible that stood out. It was Galatians 2:20 (NASB):

I have been crucified with Christ; and it is no longer I who live, but Christ lives in me; and the life which I now live in the flesh I live by faith in the Son of God, who loved me and gave Himself up for me.

Immediately, the room was filled with an unusual brightness. In an instant, the deep depression that had weighed down my heart was swept away and replaced with the greatest joy I had ever known. The experience was overwhelming. I lifted my eyes and the only words that I could articulate were, “Who are you?”

Unlike the apostle Paul, I did not get an audible answer. I sat there for a long time, trying to make sense of the experience from a scientific or psychological perspective, but that was just not plausible. The only conclusion that made sense was that this experience was supernatural.

Dear friends, do not believe every spirit, but test the spirits to see whether they are from God, because many false prophets have gone out into the world. This is how you can recognize the Spirit of God: Every spirit that acknowledges that Jesus Christ has come in the flesh is from God. (1 John 4:1–2)

Tests to evaluate the truth of a worldview include experiential relevance, empirical adequacy, and logical consistency. The first test includes the religious experience itself, but it goes beyond that to include the way in which the experience blossoms in the person’s life. An experience alone does not provide a strong apologetic for a worldview.

But how do we apply the other two religious experience tests?

The empirical adequacy test requires a worldview to be empirically verifiable. But how do we bring empiricism into a religious experience? Empirical verification requires the observation of the same phenomena as well as a correspondence to reality. A commitment to philosophical naturalism will pose an a priori roadblock to the application of this test because it does not allow supernatural explanations. However, there are multiple documented instances of religious experiences by Christians throughout history. The most remarkable one is the resurrection of Christ and his appearances to over 500 people. These well-attested events provide enough empirical observations that support the Christian worldview.

But not all religious experiences affirm the Christian worldview. In fact, many of these religious experiences occur in the context of other worldviews and some may even fall in the category of hallucinations. Here, the test of logical consistency can be applied to evaluate the truthfulness of the worldview that is being promoted. Drugs and other forms of brain stimulation can cause unusual experiences, but in this instance a careful thinker can identify the stimuli that triggers such experiences. All people need to guard against a willingness to believe what we want to believe. In this case, critical examination of the claim and its correspondence to reality is crucial to determine its truthfulness.

Finally, for those of us who believe in a supernatural dimension, it is vital to remember that not all supernatural events correspond to the worldview of the one who claims to be the Truth. Jesus warned us:

For false Christs and false prophets will arise and will show great signs and wonders, so as to mislead, if possible, even the elect. (Matthew 24:24, NASB)

Scripture encourages Christians to be lovers of truth, including the claims of religious experiences. Every religious experience needs to be carefully and critically evaluated before it is accepted as truth. May each of us pursue and prize the truth in all that we do. 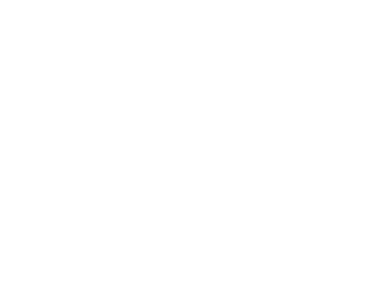 In part 1 of this two-part series I noted that for Christians to effectively engage secularists in meaningful discussion, it is vital to understand secularists’ beliefs. I also pointed out that many people often refer to atheism (the view that no God or gods exist) as an overarching worldview, but it would be more correct to say that the worldview that encompasses atheism is called naturalism.

Saltation, a Problem for Astrobiology

Astrobiology is the scientific discipline dedicated to the search and study of life on other worlds. In spite of decades of research funding and dozens of dedicated spacecraft missions, astrobiology remains a “data-free” scientific discipline. It’s not that we have not learned anything, but that researchers have not found any “data” in the form of life. This continuing lack of data has profound scientific, philosophical, and spiritual implications.

Journey from the Center of a Young Earth, Part 2: Faith and Reason

In my previous article, I argued that God as the Creator of reality is responsible for the basic components of our common existence. Our interactions with reality lead us to know the nature of truth. Also, as a necessary component, God has given us reason in order to govern and safeguard our acquisition of knowledge. As such, reason is a vital tool in understanding God’s Word and works.