Did Moses Write the Torah? A Brief Positive Case for Mosaic Authorship, Part 1

The notion that Moses actually lived and wrote the first five books of the Bible has long been rejected in academic circles and is now being increasingly questioned among conservative Old Testament (OT) scholars. However, since Mosaic authorship is the traditional view of the church, it would be unwise for Bible believers to reject Moses’s involvement in the production of the Torah (or Pentateuch, the first five books). Indeed, while the Torah probably did not come into its final form until the sixth century BC, there are at least five good lines of internal evidence suggesting that Moses (thought to have lived around the fifteenth century BC) authored the Torah. We will look at two of those reasons here in the first part of a two-part series.

The Hebrew of the Torah, though similar in many respects with the rest of the TaNaKh (Hebrew Bible), is consistent with the theory that Moses wrote it during the fifteenth century BC. Richard Hess, professor of Old Testament and Semitic languages, explains:

Hess favors the third option and suggests that evidence for an earlier dating of the Hebrew text may have been lost in the process of transmission. He also notes that scholars think some poetry would not need to be updated so as to preserve its form. Thus, some early verbal forms are used in Exodus 15 in the past narrative sense, implying a date for its writing consistent with the traditional date.

The similarity in language between all sections of the Hebrew Bible, then, is explained by the updating of the Pentateuch and prophetic oracles under the direction of Ezra and the Great Synagogue around 500 BC.

The Torah was written from a Non-Palestinian point of view, to an audience more familiar with Egypt and Sinai than the land of Canaan, suggesting a date for the writing of the Torah long before the sixth or even tenth century BC. As an example, we offer the following text:

Lot lifted up his eyes and saw all the valley of the Jordan, that it was well watered everywhere—this was before the LORD destroyed Sodom and Gomorrah—like the garden of the LORD, like the land of Egypt as you go to Zoar. (Genesis 13:10, NASB)

This passage implies that its author and his readers/hearers knew what Egypt was like, but were not very familiar with Palestine. It is difficult to see how or why a tenth century BC (or later) author, living in Palestine and writing to an audience born and raised in the land of Israel, would want to express himself in this way. However, this text makes sense if Moses wrote to a primarily Egyptian-born audience. In this connection, the author of Genesis tells his readers about “the city of Shechem in Canaan” (Genesis 33:18). Why would a postexilic (after 538 BC) writer, or even a writer living in tenth century (BC) Palestine, feel the need to explain what Shechem—one of the most prominent cities north of Jerusalem—was? Note also that, as far as the geographical point of view of the narrator of the Exodus story is concerned, “The seasons and the weather referred to in the narrative are Egyptian, not Palestinian.”2

Of course, some scholars have argued that the Egyptian evidence we are citing is a double-edged sword. Since the late nineteenth century scholars have insisted that, had a contemporary of the exodus generation written this material, he would have given us the names of the various kings mentioned in Genesis and Exodus. However, this phenomenon actually favors the Mosaic theory; for as long as the Hebrews lived in Egypt, they would naturally follow the ordinary custom of the New Kingdom by referring to the king of Egypt as “Pharaoh.”

It is not until long after the Israelites are settled in their land, during the reign of Solomon and thereafter, that they adopt the practice of giving the names of the Egyptian pharaohs (cf. 1 Kings 11:40; 2 Kings 23:29; Jeremiah 44:30). “Hence instead of being an evidence of lateness, this conformity to Eighteenth Dynasty Egyptian usage turns out to be strong evidence of an authentic Mosaic date of composition.”3

In fact, no author of the OT utilized Egyptian loanwords more than the writer of the Pentateuch. For example, “. . . the expression ’abrēk (Gen 41:43—translated ‘bow the knee’) is apparently the Egyptian ’b rk (‘O heart, bow down!’), although many other explanations have been offered for this; weights and measures, such as zeret (‘a span’) from drt—‘hand’; ’ ēphah (tenth of a homer) from ’pt; hīn (about five quarts volume) from hnw; gōme’ (‘papyrus’) from ḳmyt; qemahi (‘flour’) from ḳm ḥw (a type of bread); . . . ye’ōr (‘Nile, river’) from ’trw—‘river’ (which becomes eioor in Coptic).”4

Hence, it is reasonable to accept the conclusions of respected researcher Garrow Duncan, who wrote, “Thus we cannot but admit that the writer of these two narratives [i.e., of Joseph and of the Exodus] . . . was thoroughly well acquainted with the Egyptian language, customs, belief, court life, etiquette and officialdom; and not only so, but the readers must have been just as familiar with things Egyptian.”4

If the author and readers of the Pentateuch were Hebrews who were thoroughly acquainted with all things Egyptian, we must ask—which generation of Hebrews fits this description? The only answer, of course, is Moses and the Exodus generation. And this, indeed, provides us with strong circumstantial evidence for the Mosaic theory.

So far, we have seen two strong reasons to think Moses wrote the Torah. Defense of the traditional view becomes especially significant when we consider that Jesus himself affirmed Mosaic authorship of the Pentateuch (see Matthew 19:1–12, for example). In part two, we will look at several more lines of evidence for this traditional viewpoint. 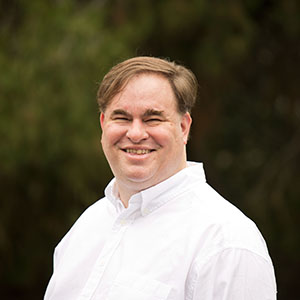 We can all benefit from succinct, well-stated insights from people who have thought through theological ideas. I like to draw attention to these nuggets of wisdom on my Facebook and Twitter feeds in my weekly #ThursdayTheology segment. Today, we’ll consider several quotes from theologian John Jefferson Davis.

Today marks the traditional date for the Epiphany and Christmas carols are still ringing in my head.

Reading as the Foundation of Learning

How important is reading in becoming an educated, wise, and thoughtful person? Many educators identify reading as the foundational discipline to all fields of study. For example, leading American educator E. D. Hirsch says, “We all know that reading is the most important academic skill.”1 Distinguished philosopher and educator Mortimer J. Adler summed it up as “reading is learning.”2