Ever since 1995, when the first planet outside the solar system orbiting a hydrogen-burning star was discovered,1 astronomers have been on a holy grail search to find a planet sufficiently like Earth that it could possibly host life. A quarter of a century and 4,255 discovered exoplanets2 later, some people think scientists have found an Earth twin. A team of twelve astronomers led by Andrew Vanderburg published a paper in Astrophysical Journal Letters in which they announced their discovery of an Earth-sized planet, called Kepler 1649c, orbiting its star in the “habitable zone.”3

What Earth-Like Means
This paper caught the attention of science journalists around the world. Writing for USA Today, Doyle Rice quoted a NASA spokesperson, stating “This world is most similar to Earth both in size and estimated temperature.”4 The Financial Express wrote about Kepler 1649c’s “proximity to the life conditions on the Earth”5 and that “there is no exoplanet that is closer to Earth in size and temperature and which also lies in the habitable zone”6

As typically occurs with discoveries of this nature, the peer-reviewed paper on which the popular web articles were based was much more subdued and qualified in its claims. It is true that Kepler 1649c is the most Earth-like discovered to date. The planet is only 6% larger in diameter than Earth (see figure 1) and the amount of light and heat it receives from its host star is 74% of what Earth receives from the Sun. Thus, Kepler 1649c could be in the habitable zone—the distance range from its host star where liquid water could conceivably reside on its surface. 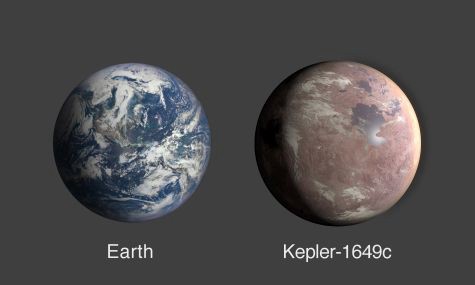 Receiving 74% of the light and heat Earth receives from the Sun implies that its average surface temperature with no heat-trapping atmosphere (no greenhouse gases) would be -39°C (-38°F). This temperature compares with -18°C (0°F) for Earth without a heat-trapping atmosphere. The 21°C (38°F) difference means that Kepler 1649c would need an atmosphere loaded up with much more carbon dioxide and/or methane than Earth. The extra greenhouse gases needed would not necessarily rule out microbial life, but they would rule out high-metabolism terrestrial animals like us.7

Planets Need More Than a Water Zone
Something not noticed in most popular web articles on this discovery is that Kepler 1649c orbits a star with only 20 and 0.5% the mass and brightness of the Sun, respectively. Such characteristics for the planet’s host star put Kepler 1649c squarely outside of the ultraviolet habitable zone. (I wrote about this zone in my book Improbable Planet8 and in an article I wrote in 2016.9) For a planet to be truly habitable for any kind of life, it must simultaneously reside in both the liquid water habitable zone and the ultraviolet habitable zone. Kepler 1649c does not.

The dozen astronomers also acknowledged that Kepler 1649c may suffer orbital disruptions (catastrophic to advanced life) from mean-motion resonances resulting from other planets known to exist and likely to exist in the same planetary system. Figure 2 shows an artist’s rendition of the Kepler 1649 planetary system. 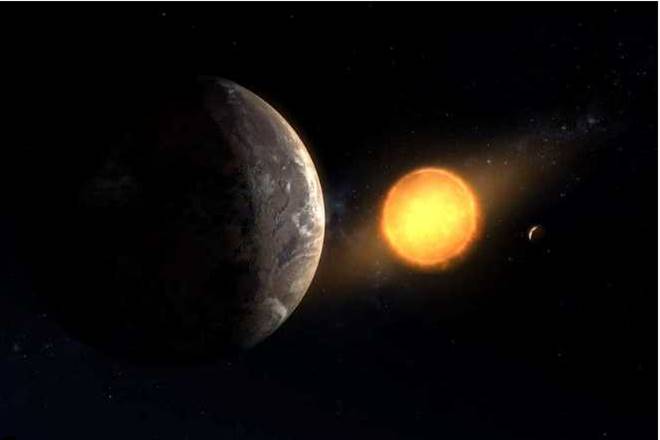 To date, astronomers have discovered thirteen distinct planetary habitable zones. I describe and list these zones in two previous blogs.11 So far, astronomers have discovered only one planet that simultaneously resides in more than two of these planetary habitable zones, the same planet that simultaneously resides in all thirteen. It seems no accident of nature but rather purpose from nature’s Creator that we live and thrive on this favored planet.

One of the things I like about the writings of the Christian church father St. Augustine of Hippo (354–430) is his rich use of analogies1 in talking about critical theological topics. An analogy, of course, is a comparison between two things (how they are like and unlike), usually for the purpose of providing explanation. In his most popular work, Confessions,2 Augustine compares the human soul to a house and offers hope for all souls that need housekeeping.