Many Christians affirm that God has given us two “books” in which he reveals himself the book of Scripture and the book of nature. The more we learn from the book of nature the more evidence we uncover for the trustworthiness and reliability of the book of Scripture. Two papers submitted to the Journal of Cosmology and Astroparticle Physics by an international team of 140 astronomers provide a recent example.1 Results from this considerable research effort deliver yet another confirmation of the biblically predicted big bang cosmic creation model.

Big Bang Parameters in the Bible
Millennia before astronomers discovered that the universe has been continuously expanding from a cosmic creation event a finite time ago, seven different Bible authors described the four most fundamental features of what is now known as the big bang model for the universe:

Tracing the Creation Event
The two papers by the 140 astronomers present results from four years of observations using the Atacama Cosmology Telescope (ACT). The ACT is located in the driest temperate region on Earth, Chile’s Atacama Desert, at an altitude of 5,190 meters (17,030 feet). The location and altitude were chosen to minimize water vapor contamination (average precipitation at the site is below 1 millimeter per year), the greatest barrier to millimeter-wavelength observations. Astronomers designed the ACT to make high-resolution maps of the cosmic microwave background radiation (CMBR), the radiation remaining from the cosmic creation event. This radiation is brightest at millimeter wavelengths, hence the need for a super-dry location. The more that astronomers are able to learn what this leftover radiation looks like, the more they will learn about features of the universe’s beginning.

With a 6-meter diameter primary mirror, the ACT ranks as the second largest telescope (the South Pole Telescope, with a similar mission, has a 10-meter diameter mirror) designed to map the CMBR (see figures 1 and 2). ACT’s goal is to map the CMBR at a resolution of about an arcminute down to a temperature sensitivity of a few millionths of a degree Celsius. 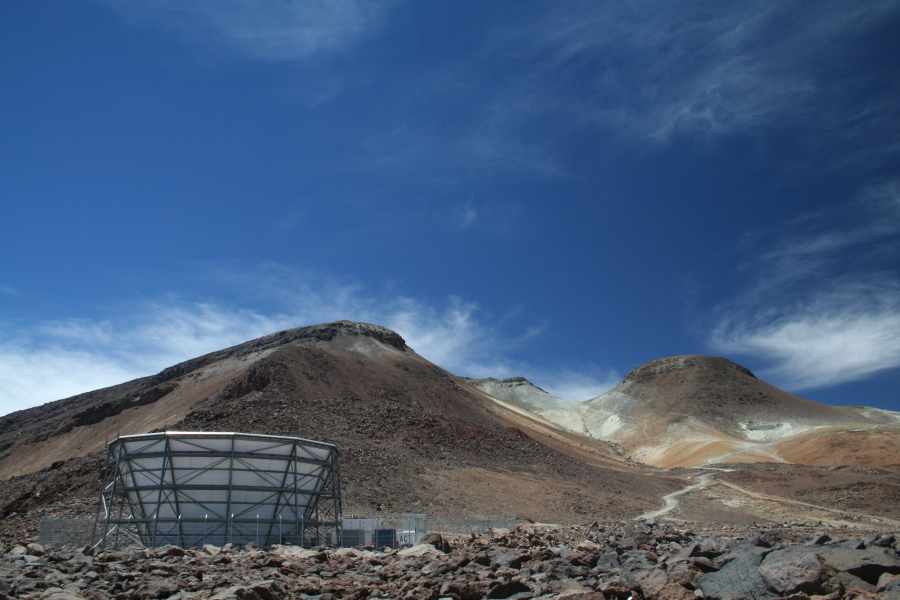 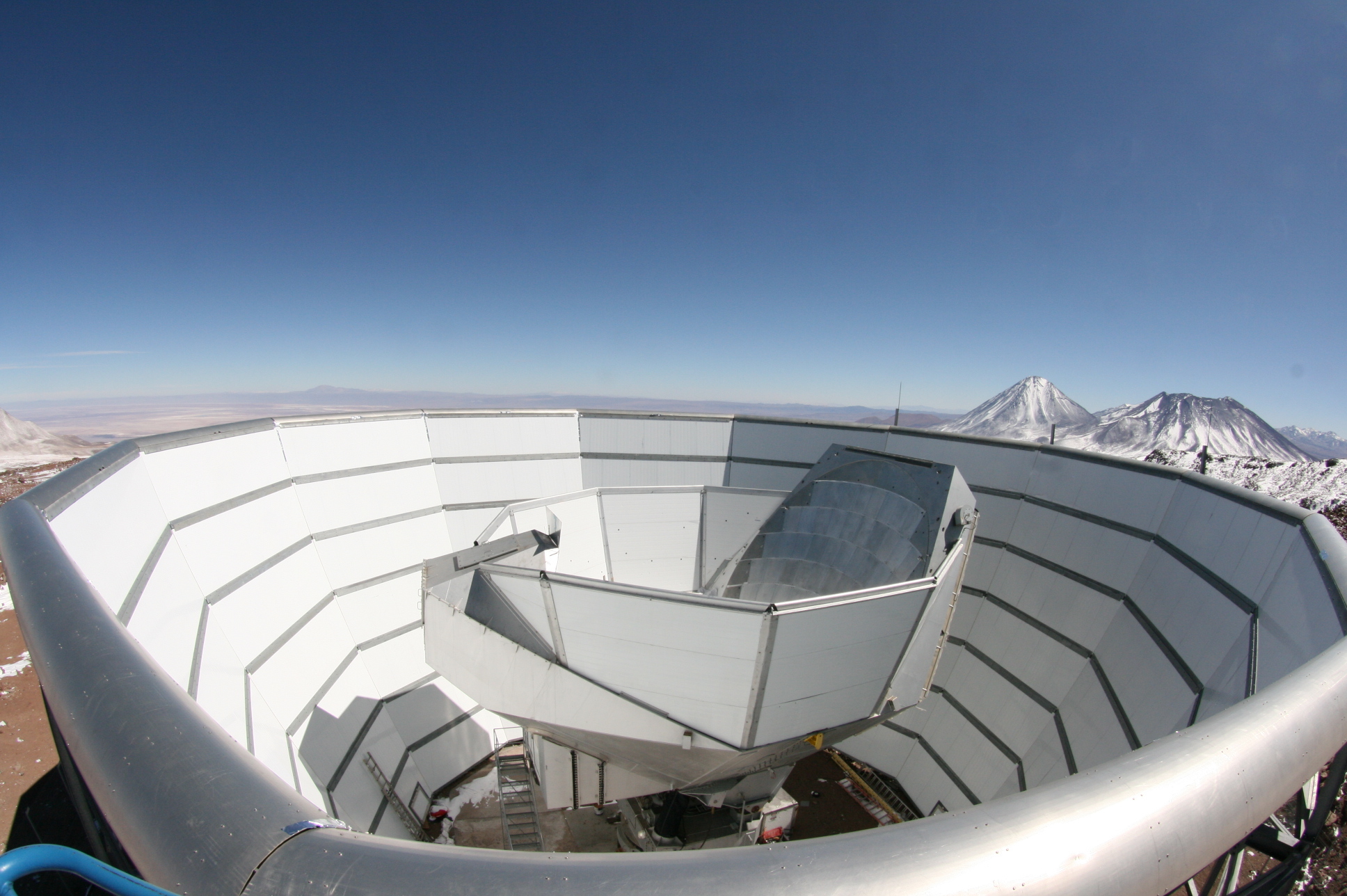 On July 16, 2020, the 140 astronomers presented arcminute resolution maps of the cosmic microwave background temperature and polarization anisotropy taken from observations made from 2013–2016. The maps cover more than 17,000 square degrees of the sky. For 600 square degrees of their maps the team achieved a temperature sensitivity well below 10 microdegrees per arcminute.

Cosmology Results
The maps produced the following cosmological results compared to results from the Planck satellite maps of the cosmic microwave background radiation. Note that the age of the universe is in billions of years; the cosmic expansion rate, a.k.a. the Hubble Constant, is in kilometers per second per megaparsec where 1 megaparsec = 3.26156 million light-years; and the cosmic density components are given as fractions of the total cosmic density.

Astronomers appreciate maps like these of the CMBR because they provide the tightest cosmological constraints of any current data source. They reveal the state of the universe just 380,000 years after—an instant, in astronomical time—the cosmic creation event.

The researchers comment that “ACT and Planck measurements cover significantly different ranges of angular scales.”5 This means that the consistent results are even more striking. ACT offers improved E-mode polarization measurements, which is a geometric depiction of the flow of gravitational waves. Another reason for excitement is that the researchers attained one of ACT’s goals, which was to make a second, experimentally independent, set of measurements of cosmological parameters that are important for cosmic creation models based on the state of the universe when it was very young.

Big Bang Implications
The above table shows remarkable agreement between the ACT and Planck measurements. The cosmological parameters derived from the Planck maps were all consistent with the ΛCDM big bang creation model where ΛCDM implies that the universe is primarily dominated by dark energy and secondarily by cold dark matter. The ACT maps provide a second independent confirmation of the ΛCDM big bang model based on the CMBR.

When scientists achieve independent confirmations, they know a model is gaining strength. And yet, according to the international team, much more confirmation is coming. The team currently is analyzing four times as much data from observations made from 2017–2019. Beginning in 2020, the team has expanded the range of wavelengths over which they will be taking observations. By 2021, for the first time for any instrument, the cosmological constraints they can derive from polarization measurements will become more powerful than those derived from temperature measurements. This advance will provide additional consistency tests on cosmic creation models. However, already the team has provided results that demonstrate that the more we learn about the universe, the more evidence we accumulate for what the Bible has taught about the universe’s origin and history. 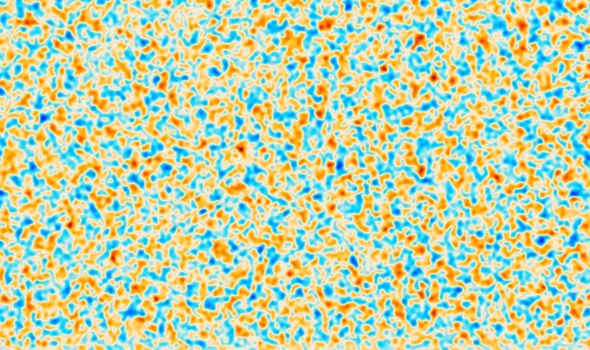 Ribose in Meteorites: Breakthrough for Origin of Life?

Does an out-of-this-world sugar discovery help solve one of science’s great mysteries?

In recent months you’ve often heard elected officials say: “I follow the science.” They are referring to the current pandemic; but hearing this mantra so many times raises a more general question: does our society in general really “follow the science”?

Does Possessing Freedom Presuppose the Will to Fight?

What do you think about when you hear the word war? You probably think of armed conflict, bloodshed, and death—and lots of it. That is the nature of warfare. It’s also why war presents one of the most challenging issues to address from an ethical standpoint. Given this difficulty, most Christians have adopted just war theory, which requires engaging only in just wars and fighting those wars in a truly just manner. But such an ethical ideal takes great wisdom, courage, and dedicated moral discipline. Here are several brief thoughts to consider when someone asks what you think of war.