During my graduate school days at the University of Toronto I had the privilege of taking a short course from Princeton University astronomer and cosmologist Jeremiah Ostriker. In that course Ostriker spoke about the missing mass of the universe. The mass he was referring to was not the dark matter (aka cold dark matter; exotic dark matter) that is comprised of particles that do not interact or that interact very weakly with photons. Rather, he was concerned about atomic matter, matter comprised of protons, neutrons, and electrons that has the property of interacting strongly with photons. Detection of such matter carries significant implications for the reliability of big bang models for the beginning of the universe.

Electrons contribute a trivial amount to the total mass of the universe’s atomic matter. Hence, astronomers refer to the missing atomic matter problem as the “missing baryons” problem, where baryons refer to both protons and neutrons (essentially, all matter that we experience in everyday life).

Back in the 1970s the missing baryons was a big problem because the big bang creation model predicted that there should be many more baryons in the universe—nearly ten times as many—as what astronomers at that time had inventoried. This dilemma led to lingering doubts about the validity of the biblically predicted big bang model1 for the universe.

In the 1970s Ostriker stated that many of these missing baryons likely lurked in the hot diffuse gas in the otherwise empty voids between galaxies. He also pointed out that these baryons would be extremely difficult to detect.

Absorption Spectra Detection of the Missing Baryons
In 1999 Ostriker and his Princeton colleague Renyue Cen published computer simulations they had run on gas movements in and between galaxies.2 They concluded that hot gas accumulates along filaments between galaxies. These filaments, they calculated, likely contained the missing baryons of the universe. They determined that this hot gas would be detectable in the absorption spectra (see figure 1) of quasars at X-ray wavelengths by the new generation of X-ray telescopes that were planned or scheduled for launch into Earth orbit. 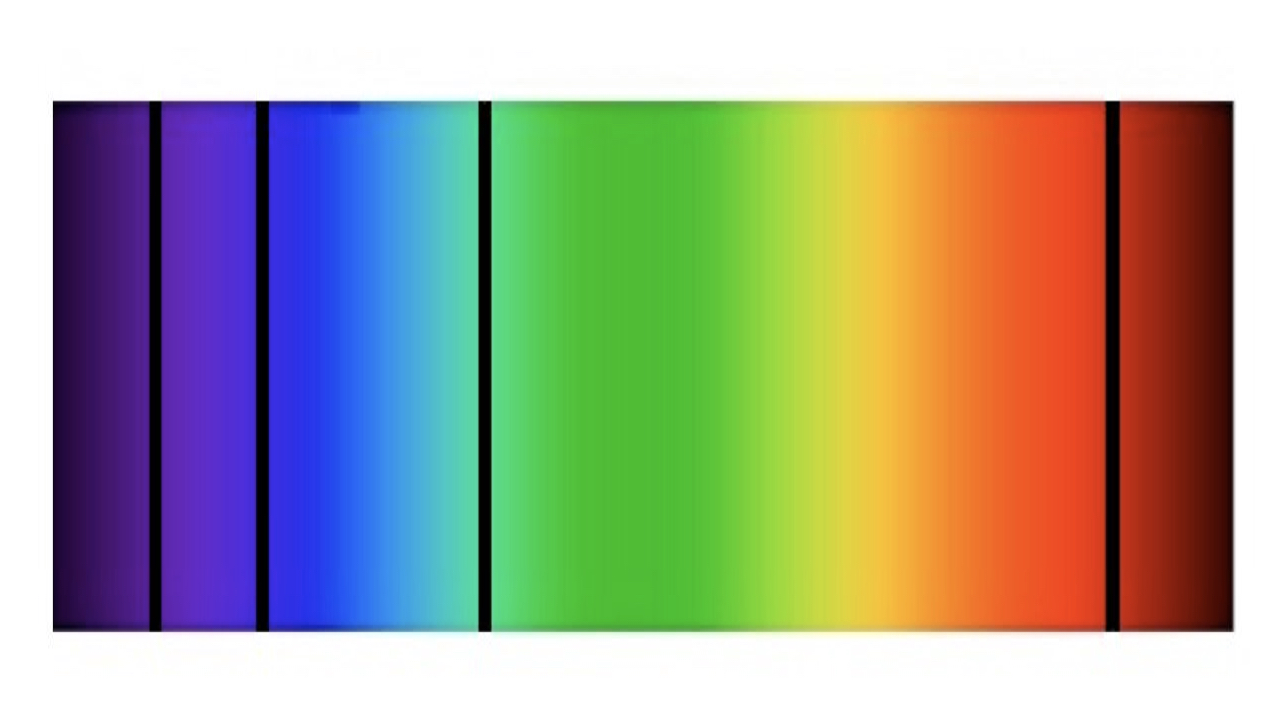 Figure 1: Absorption Spectrum for Hydrogen. Hydrogen gas between the light source and the observer absorbs light at the spectral lines of hydrogen. The absorption lines from right to left are Hα, Hβ, Hγ, and Hδ. Image credit: Hugh Ross

After hydrogen and helium, oxygen is the third most abundant element in the universe (see figure 2).3 Oxygen atoms have eight electrons compared to two for helium and one for hydrogen. It takes a lot more heat to strip away all electrons of oxygen than it does for helium or hydrogen. Ostriker and Cen calculated that the heat of intergalactic gas would be able to strip away only five, six, or seven of oxygen’s eight electrons. Therefore, the remaining electrons would produce an absorption spectrum that would permit a determination of the mass of the intergalactic mass. 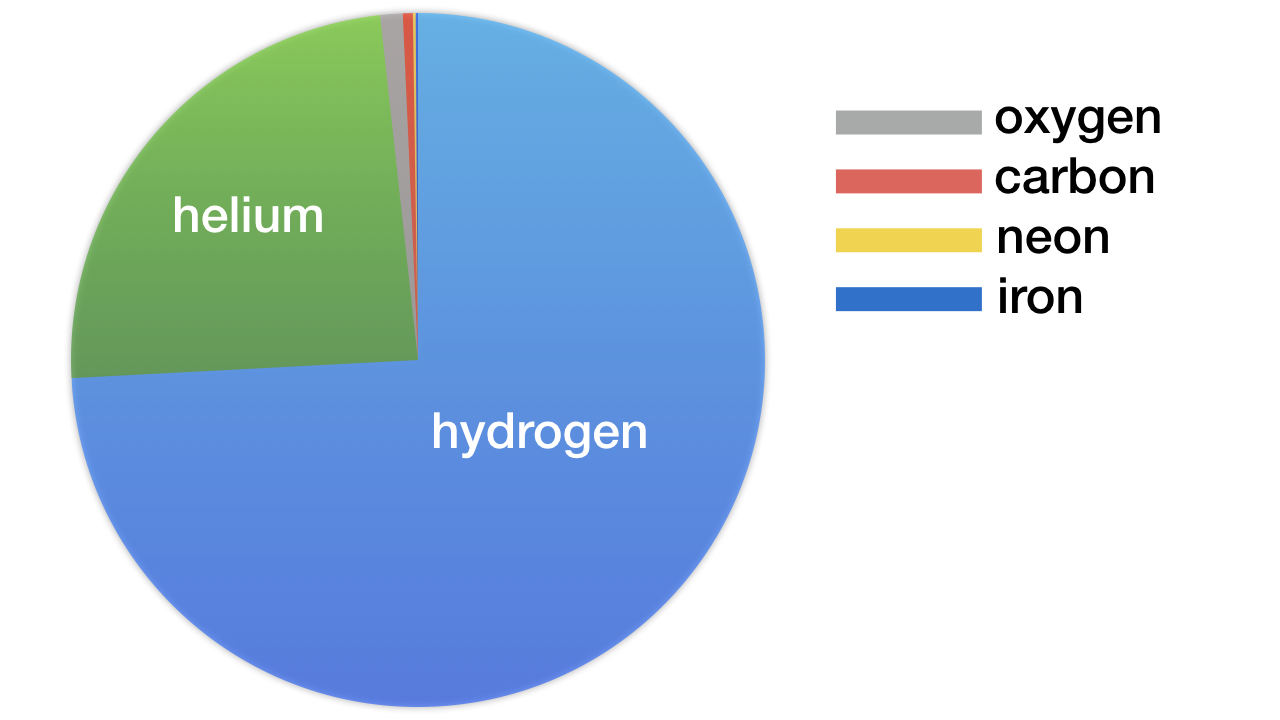 Figure 2: Relative Mass Fractions of the Elements in the Universe. Hydrogen and helium comprise more than 98 percent of the universe’s element abundance. Image credit: Hugh Ross

Not until this year did astronomers gain the necessary instrumentation and observing time to detect (more than marginally) the oxygen absorption spectra of hot intergalactic gas. A team of 21 astronomers led by Fabrizio Nicastro performed a very long duration observation on the brightest known X-ray blazer, IES 1553+1334, with the X-ray multi-mirror Newton telescope(see figure 3).5 They detected the absorption spectrum of OVII, oxygen atoms with six of their eight electrons stripped away by the hot intergalactic gas. Thanks to their long observing time, Nicastro’s team achieved a high enough signal-to-noise ratio in their absorption spectra measurements to conclude that they had found all of the missing baryons.

The conclusion by Nicastro’s team, however, was based on a single object. The possibility remained that the density of the hot intergalactic medium might vary slightly from location to location. To be certain that they had found all the missing baryons, astronomers needed confirmation based on at least one other bright extragalactic source and preferably accomplished with a different X-ray telescope.

In a recent submission to the Astrophysical Journal, a team of six astronomers led by Sanskriti Das reported that they had achieved OVII absorption line measurements on the spiral galaxy NGC 3221 (see figure 4) using the Suzaku X-ray telescope (see figure 5).6 Though the signal-to-noise ratio of their measurements was not as good as that realized by Nicastro’s team, the Das team’s measurements were consistent with the conclusion that they found all the missing baryons. 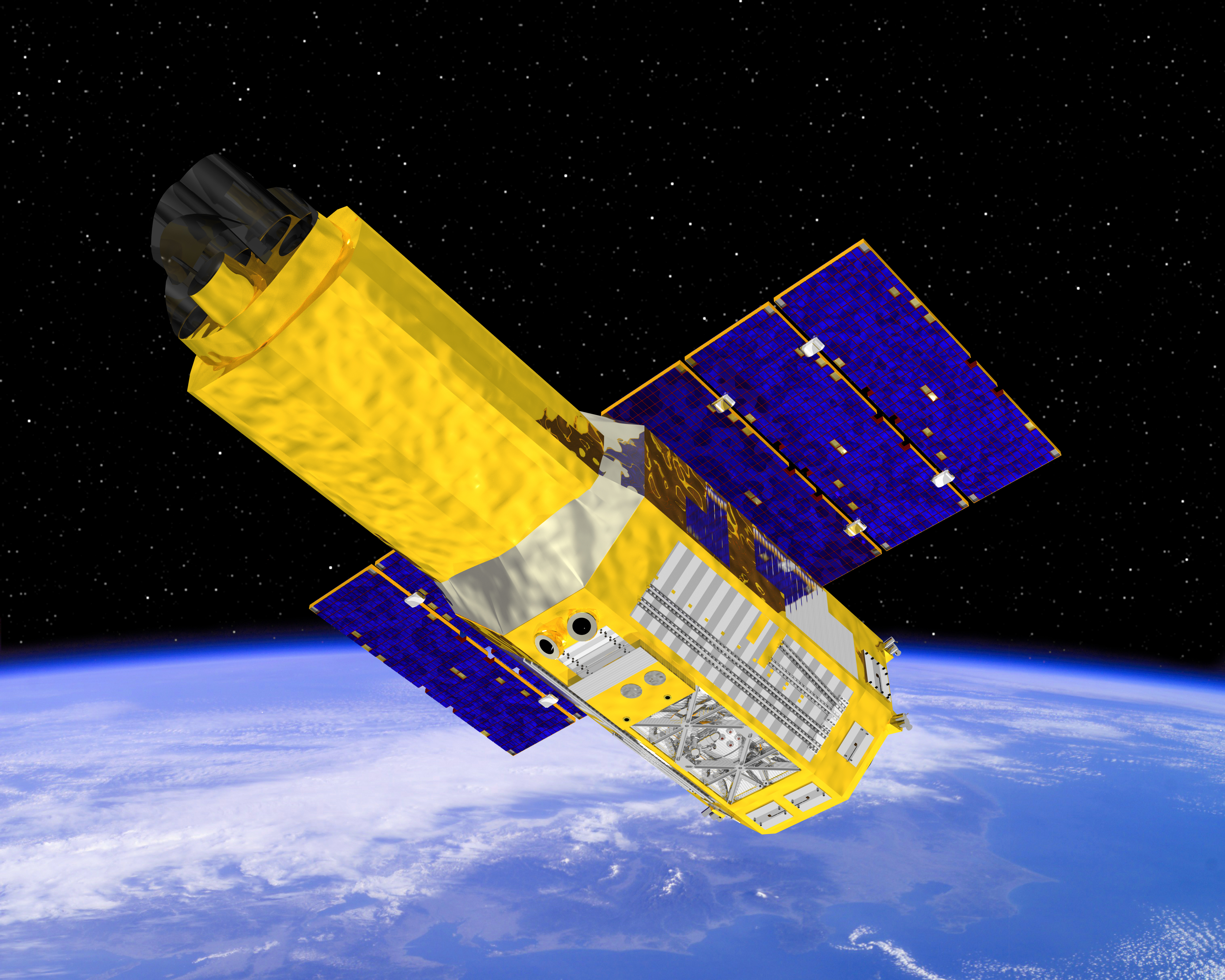 Sunyaev-Zel’dovitch Effect on Detection of the Missing Baryons
At the same time that Nicastro’s and Das’s teams of astronomers were finding the universe’s missing baryons through the X-ray absorption spectra method, two other teams of astronomers found the missing baryons using a completely different method. They looked for subtle distortions in the spectrum of the cosmic microwave background radiation, the radiation left over from the cosmic creation event.

As the radiation from the very early history of the universe streams across the cosmos, it can be slightly distorted by the regions of gas that it passes through. The electrons in the hot intergalactic gas will interact with photons from the cosmic microwave background radiation in a manner that imparts a little extra energy to those photons. Thus, astronomers should be able to see subtle distortions in their maps of the cosmic microwave background radiation.

The Planck spacecraft yielded the most detailed map of the cosmic microwave background radiation (see figure 6). However, for even this most detailed map, the distortions from the electrons in the hot intergalactic gas were too subtle to see. 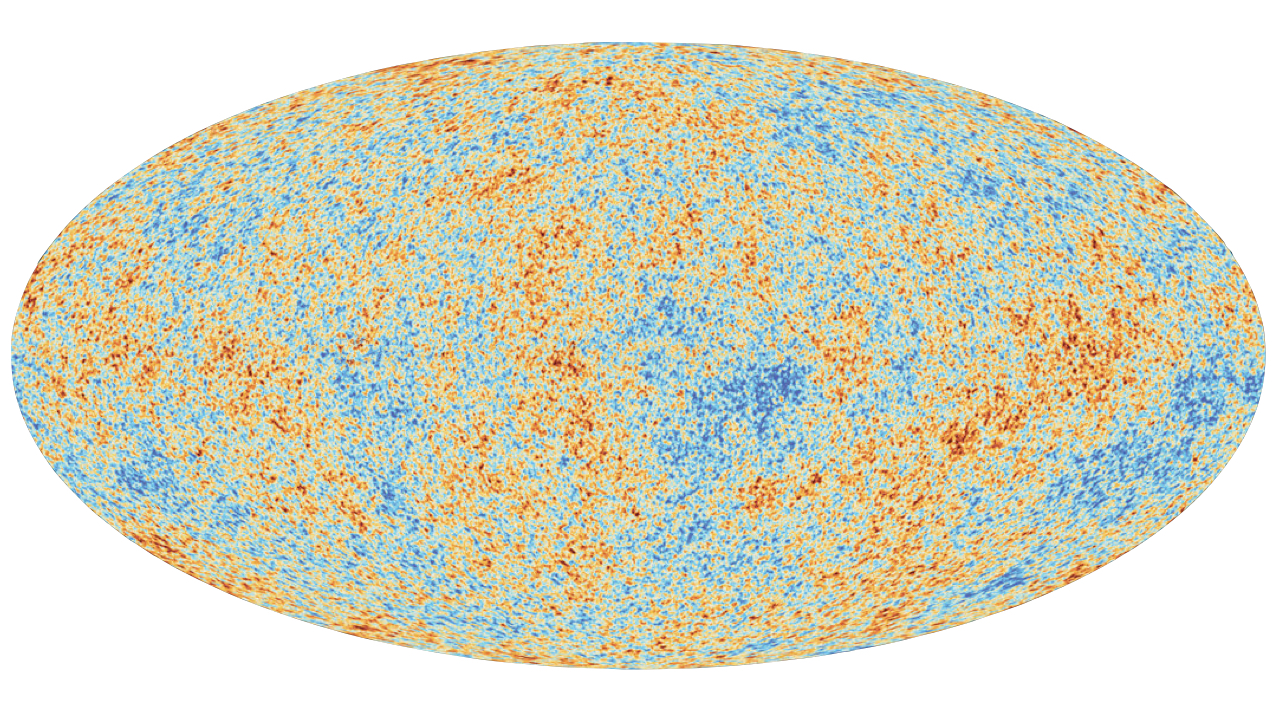 While the Planck spacecraft was not able to detect the effect of intergalactic hot gas existing between any single pair of galaxies, astronomers found a way to enhance the signal by stacking images of different galaxy pairs on top of one another. First, they searched published galaxy catalogs and selected pairs of galaxies that were massive enough and the appropriate distance apart from one another that the astronomers expected there would be a dense web of hot intergalactic gas between them. Second, they went to the Planck map of the cosmic microwave background radiation and precisely identified the location for each galaxy pair. Third, they used digital scissors to clip the region for each galaxy pair from the Planck map. Fourth, they stacked all the clipped regions on top of one another so that all the pairs of galaxies were aligned in the same exact position. Fifth, they subtracted out the light from all the gas associated with the galaxy pairs from the stacked images, leaving just the signal from the intervening intergalactic gas. What had not been possible to detect based on a single pair of galaxies became visible when integrated over many, many pairs of galaxies.

In another research effort, a team of four astronomers led by University of Edinburgh’s Anna de Graaff stacked Planck map image pieces of a million pairs of galaxies on top of one another.7 The remaining signal after the subtraction of the signal from all the gas associated with the one million galaxy pairs was strong enough to enable de Graaff’s team to determine the mass of the hot intergalactic gas. That mass added up to the missing baryons.

Finally, an independent team of nine astronomers led by University of British Columbia’s Hideki Tanimura used 260,000 pairs of luminous red galaxies taken from the Sloan Digital Sky Survey Data Release 12 and stacked their Planck map image pieces on top of one another.8Their measured mass of the hot intergalactic gas also added up to the missing baryons.

All together, astronomers have four independently achieved measurements of the mass of the hot intergalactic medium based on two completely distinct methods and using different telescopes and different databases of galaxies and quasars. That all four measurements add up to the missing baryons gives astronomers confidence that they really have found the missing baryons of the universe. The missing baryons problem of big bang cosmology has now been solved. Hence, the scientific case for the validity of the biblically predicted big bang creation model is more firmly established than ever before.9 Thus, we can all be assured that the God of the Bible personally created and designed the universe for the express benefit of human beings.