How Did Daniel Cope with Trauma during Captivity?

Humans in all eras of history have suffered trauma, especially from the horrors of war. How might people in the ancient world have coped with traumatic events without access to modern treatment options? Was coping even a possibility? We can learn much about trauma by looking to Daniel, a biblical figure who endured multiple severely traumatic events during his lifetime.

The Trauma of Captivity

Three common trauma triggers—wars, violence, and kidnapping—characterized the Babylonian captivity of the kingdom of Judah between roughly 605­ and 539 BC. Judah alone remained of the original nation of Israel after Assyria completely defeated the northern kingdom in 722 BC. The period of captivity began in this eastern Mediterranean region when Nebuchadnezzar defeated Egypt’s Pharaoh Necho at Carchemish in September 605 BC, taking modest plunder and some people from the region. Babylonian armies returned on three subsequent occasions to quell rebellions and take more Jews to Babylon, in 597, 586, and 582 BC.

The prophet Daniel and his three friends Hananiah, Azariah, and Mishael (more commonly known by their Babylonian names, Shadrach, Meshach, and Abednego) were taken in the first wave. Tens of thousands of Jews were taken in the subsequent waves of forced migration. A psalmist depicts the bitterness of the captivity in Psalm 137, where he laments the victimhood of the Jews in Babylon and ends in verses 8 and 9 with one of the harsher imprecations (curses) to be found in the whole book: “O Daughter of Babylon, doomed to destruction, happy is he who repays you for what you have done to us—he who seizes your infants and dashes them against the rocks.”

Here the psalmist demonstrates the two dominant characteristics of a traumatized person: seeing himself as a victim and wishing for vengeance. Marginal notes in the New International Version (NIV) of the Bible describe this psalmist as having returned to Jerusalem but still living with an unbearable past that continued to overwhelm his present.

I am continually impressed by how difficult it is for people who have gone through the unspeakable to convey the essence of their experience. It is so much easier for them to talk about what has been done to them—to tell a story of victimization and revenge—than to notice, feel, and put into words the reality of their internal experience.[1]

Unlike the psalmist, however, Daniel never exhibits victimhood or seeks vengeance. Instead, he consistently displays humility toward political authority and avoids seeking revenge against those of the court who conspired against him under King Darius. His near contemporary Ezekiel highly regarded Daniel’s wisdom and righteousness (Ezekiel 14:14­­–20; Ezekiel 28:3). Remarkably, Daniel likely experienced much worse trauma than the Psalmist.

Daniel and his three friends were ripped from their families and homeland at an early age, probably 15. The military convoy that took them and other captives to Babylon would have taken 3­­­–4 months for a journey of some 900 miles over trade routes. In Babylon, they were stripped of their ethnic identity by being given names after the Babylonian gods. Worse still, they were likely emasculated (cf. Isaiah 39:5–­7 with Daniel 1:1–3a).

Any one of these events would be traumatic, but the combination of all of them would be overwhelming, unbearable, and incomprehensible. Such nightmarish trauma can result in the extreme condition called post-traumatic stress disorder, PTSD.

I believe Daniel found his way through the trauma of captivity by several means. Or, rather, God likely provided a “way of escape” to get him through this ordeal (1 Corinthians 10:13).

The second, medicinal approach was not available to Daniel, but the first and the third would have been.

For evidence of the first approach, we see that Daniel maintains a small community of close friends who shared his experience and likely talked and encouraged one another. In Daniel chapter 2, we see them praying for each other and for Daniel to be able to interpret the king’s dream.

We also see evidence of the third approach. By walking most of the way to Babylon over the course of several months, Daniel would have engaged in the bilateral stimulation that therapists employ for a recent treatment of trauma called EMDR, eye movement desensitization and reprocessing. In a typical EMDR session, a therapist asks a client to hold different aspects of a traumatic event in mind and to visually track the therapist’s hand from side to side. Researchers believe this therapy is connected to biological mechanisms in REM sleep that victims use to begin processing their trauma and eventually become empowered. Psychologist Francine Shapiro developed the technique during a walk, and it has since been widely researched and validated.[3] Therapists use EMDR to help military veterans and other traumatized people recover from PTSD by enabling them to reprocess their experiences and to move on.[4]

Trauma victims need to do more than simply talk and walk, though. They also need to take “agency” over their lives. Van der Kolk notes: “‘Agency’ is the technical term for the feeling of being in charge of your life: knowing where you stand, knowing that you have a say in what happens to you, knowing that you have some ability to shape your circumstances.”[5]

I believe Daniel took “agency” over his life by committing to God’s kingdom purposes as found in Isaiah 49:6, submitting to God for his destiny:

It is too small a thing for you to be my servant to restore the tribes of Jacob and bring back those of Israel I have kept. I will also make you a light for the Gentiles, that you may bring my salvation to the ends of the earth.

Daniel exemplifies Isaiah 49:6 in two ways throughout his captivity. One, he was a light for the Gentiles. In both Babylon and Persia, every court official he encountered acknowledged that Daniel served the God of heaven. Two, he helped restore Israel. In Daniel chapter 9, he initiated the prayer of repentance that would release the Jewish captives back to their homeland, restoring the Messianic line in Judah.

Daniel served God’s kingdom purposes for his day. Serving God in this way likely diminished the overwhelming trauma he surely experienced. And though his ordeal is a part of biblical revelation and not normative for us today, Daniel’s experience also shows that the remedies for trauma therapy evidenced in the Bible appear to be consistent with those of modern science. In this way the two sources of revelation are in harmony, as Christianity asserts.

Christians today can look to Daniel as a model of how we, too, may serve God’s kingdom purposes. Today, that means following Jesus in the Great Commission (Matthew 28:19) according to the pattern laid down by the apostle Peter:

But in your hearts set apart Christ as Lord. Always be prepared to give an answer to everyone who asks you to give the reason for the hope that you have. But do this with gentleness and respect, keeping a clear conscience. 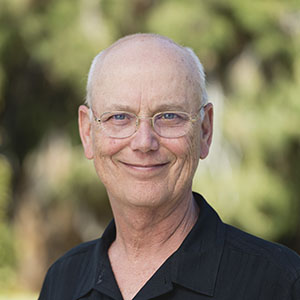 One of the things I like about the writings of the Christian church father St. Augustine of Hippo (354–430) is his rich use of analogies1 in talking about critical theological topics. An analogy, of course, is a comparison between two things (how they are like and unlike), usually for the purpose of providing explanation. In his most popular work, Confessions,2 Augustine compares the human soul to a house and offers hope for all souls that need housekeeping.